When I was in high school, I had my first “real” confrontation with religion. My only previous religion-related confrontations being with my father or mother who were trying to get me out of bed early on a Sunday morning to go to church. In other words, not real confrontations. The “real” confrontation first appeared as I was preparing for confirmation. I got a bit hung up about the believing in one God and Jesus as his only son part. Taking my responsibility as a young adult about to receive the sacrament of confirmation seriously, I remember questioning one of the instructors in private about my ability to answer these questions truthfully. (Side note: I can’t say that I’ve never lied, but even at that age, it seemed to me that there were some lies that were just more onerous, and I didn’t feel like lying to God, if he did in fact exist.) I could tell this woman was a bit flummoxed with my question. My hunch was that even if others were thinking these thoughts, no one was really supposed to ask them out loud, and she wasn’t quite prepared for how to answer. With a bit of a pause, she asked if it was possible that I could believe these statements at some point, and that I was just slightly unclear at the moment. Myself pausing to think both about how to interpret her question as well as how to answer the question honestly, I said, “Yes, it’s possible.” I mean, technically it was possible, how could I really be certain about how I would feel in the future. She said good, and that I should just answer the priests questions with a yes and go through the confirmation ceremony. OK, I thought, and despite my uncertainty in whether or not there was an actual God somewhere up there looking down upon me, I felt safe from God’s judgement knowing that it was my instructor who told me to move forward with things. 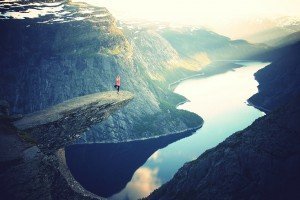 Around this same time, I had a confusing conversation with a friend from art class who was a lutheran. I was curious about what made her religion different from mine. From the outside, they kind of looked the same. They both required attendance at church and a belief in Jesus. How much more complicated could it be? My devoted friend quickly answered how the Lutherans believed that it was only through faith that one could be accepted by God into Heaven. I argued that if someone was a good person they would most certainly still be allowed to enter Heaven regardless of what they believed. I mean, what kind of God was this? She, being the good Lutheran that she was, stated very matter of factly that those were the rules, end of story. I left class feeling confused and alarmed by the reality of religion. Didn’t anyone else see the problem with this? From my limited perspective, I had believed that the whole purpose of being “religious” was to help you become a better person, and that the different religions just had different suggestions about how to do that? If that wasn’t enough then I was in for a rough ride, and most certainly a major confrontation with God.

I was beginning to think I might be damned or soulless or somehow inadequate. As a young person who’s expected to respect and listen to their elders, I was feeling the pressure of the established authority (adults) in my life to succumb to the beliefs expected of me by my religion, but it didn’t feel right. Was I really destined for hell? I asked myself that question a lot, but I had a very hard time believing that a God would actually send me to hell just because I didn’t believe in some story about his son. Assuming that God was in fact more kind-hearted and humble than that, I was still worried that I might actually be less good than the other “believers,” that somehow their belief elevated them to a different status that I was incapable of attaining. Despite my mind’s desire to avoid this conflict and just fall in line like the rest of them, there was no forcing my heart to believe. The heart drives the mind, there was no escaping this, and my heart said to trust and follow it, so I did. 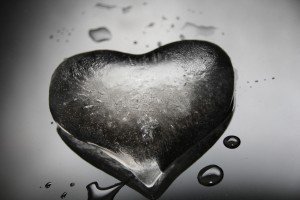 Fast forward to my later years, let’s say my late 30’s, early 40’s when I found myself once again pondering religion. Not for the sake of religion, but as I searched for the meaning of it all. Jung would say it was the time when I moved into the adult stage of life, some may have called it a midlife crisis. Whatever it was, I was in search of the meaning of my life, and Buddhism was my first stop. I loved reading Suzuki and the Dalai Lama and practicing meditation in the woods in my little cabin, but when I bravely ventured out to the Buddhist center, and we started bowing and chanting towards the altar and the image at the front of the room, I began to worry that I’d made another wrong turn. I eventually appreciated the distinction of these actions from my earlier experience in the Catholic church and was comfortably settling into the idea that we all have a buddha nature that we are honoring that by these actions when I was quickly yanked away by yoga. My yoga practice worked fast, helping me to shed years of parental and environmental programming and unsupportive habits. Not only did it give me peace of mind, but it also helped me shed pounds, both literally and figuratively. I felt amazing, and it appeared that the world around me was conspiring to shower me with goodness. I’d found my true love, realigned with my true passions and felt fully supported and connected with magical people. I’d thought I’d finally found my religion. Then enters the guru.

What was wrong with me, why was I having such issues with these ancient stories, or not so ancient stories about enlightened beings and the need to bow down to them? I had no problem feeling grateful for their wisdom and all that they contributed to the world. I’d read books by and about many of them, but there was a disconnect for me when they were placed into God status. I don’t (think I) believe in an all knowing, all powerful God, and I didn’t feel like I could dedicate my philosophical and spiritual quest for the meaning of life to the beliefs of a single person, or worse, hold them responsible or give them credit for the things that happened to me in my life, good or bad. 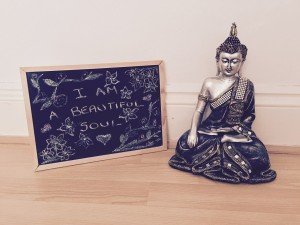 I’ve spent years poring through books and trying out different spiritual practices, Buddhism, Shamanism, Tantrism, Hinduism, Shaktism, Catholicism, the Shakers, the Quakers, the Protestants, the Lutherans, the Sufis, and the yogis. I keep searching for that one teacher, that one religion, that one philosophy that I resonate with fully, but I keep coming up against roadblocks. Whenever I am confronted by something that doesn’t feel right to me, but for which I am expected to do pursuant to the tenets of the believers or the texts, I return to my idea about simply being a good person. Why should the search for truth and meaning in my life lead me to something that I am supposed to do for religion’s sake. Why can’t I just say no? Well, I can, and I do, but then I am not actually practicing whatever it is I am supposed to be practicing, I am making up my own religion. So I started to think. If I were to make up my own religion, who or what would I be devoted to. What can I commit myself to wholeheartedly, unwaveringly and hopefully forever? Love. My heart had the answer the whole time. I am devoted to Love. I may not know all the many ways that I practice this new religion, but I will be at peace trying figuring it out.

3 thoughts on “Devoted to Love”