I don’t know where my obsession with “truth” comes from, and by truth I mean not only the “correctness” of something, but also the “unhiddenness” of it. Truth in the sense of “correctness,” and most likely as it relates to “justice,” was the first to arrive on the scene. Having a strong sense of right and wrong, or more accurately, having a strong dislike of the “wrong” and burning desire to be a part of any movement to make things “right” felt like my life’s purpose. I listened to musicians singing about change, marched in anti-war protests, and eventually ended up going to law school in hopes of serving those who were discriminated against in the workplace. (That never happened, by the way. I became a prosecutor instead…a story for another day.) 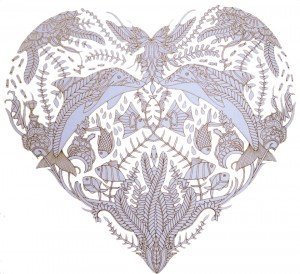 I know that I am not alone in my quest for social justice, so why I had (and still continue to have) those pangs of desire to pack up my bags and join the Peace Corp or some NGO helping women get safely out of the sex trade does not make me unique, but it does most likely make me a part of the minority. A quick glance at the news will illustrate how different the world might be if the majority was in fact engaged in this modus operandi. There are perspectives out there on what motivates “prosocial behavior,” and I am not referring to the psychiatric perspective of codependency (helping in order to feel loved)–we’ll ignore that one for now. A predilection towards prosocial behavior is a subject that is fascinating to me personally and also relevant to my work for a non-profit. At this point, I haven’t researched this subject well enough to present a compelling argument about how we can shift this mindset to the majority. Because it’s quite likely that you, esteemed reader of this blog post, are also prone to engage in prosocial behavior, any and all of your thoughts would be welcomed. If of course you are not so inclined then perhaps you will consider leaving a comment as to why so that I can further my research?

What I really brought you here to talk about is the alternative meaning of “truth.” Truth, or as Heidegger would have referred to it, Aletheia (Greek for truth) is defined as the unhiddenness of beings. This interpretation of the word truth is where I find myself most these days. As a Kundalini Yoga and mindfulness teacher and practitioner, it seems as though this is front and center for me. “Who am I? Why am I here? What do I like? What should I be doing? What do my thoughts mean? What does it all mean?” These are the concepts that relate to my own unhiddenness, but there’s also the unhiddenness of others. That unhiddenness often feels more steeped in my own application of correctness  as an observer rather than a pure assessment of the others’ unhiding. Therefore, when properly discovering the truth of another it is only my observations or perceptions that can be unhidden or revealed. The responsibility is on me and the reason for doing so is for me. Whether it’s discovering my own unhiddenness or learning how to see others truthfully, it’s been suggested by the Dalai Lama amongst others that the best way to get at the truth is to doubt, or as I like to say, remain curious. For once we’ve settled our mind on some notion of what is truth, we are set off in a very specific direction, quite possibly avoiding the opportunity to look left or right and missing information of great value or even a—gasp—greater truthfulness. 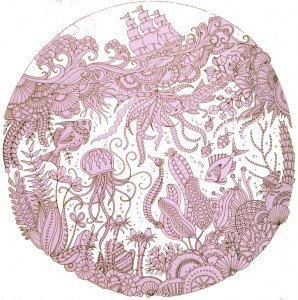 I haven’t been the best student of doubt as I tend to give the benefit of in most situations, but I do practice a strict dedication to curiosity. Regardless of how much you practice doubt or curiosity, keeping an awareness about what is unfolding around you, the cause and effect of certain actions having been precipitated by certain beliefs, will display for us how effectively doubt and curiosity could have led us more directly to Aletheia. Truth is not fixed nor is it immutable. Today more than ever, I am aware of the ever-changing essence of truth, in both senses of the definition. What I might believe to be correctness in one moment could change in the next because of some newly learned information. Scientists are routinely learning this lesson, read Glymphatic System. Similarly, what I might believe to be the truth of myself can and most certainly does change regularly as the layers come and go. (Note: I am no longer practicing law.)

Heidegger questioned, “Are these safe promenades in the old gardens of earlier conceptions and doctrines not a comfortable avoidance of responsibility in face of the demands of the day, a diversionary spiritual luxury to which we no longer have any right (today least of all)?”

Spiritual luxury? Maybe, but it keeps me away from the more dangerous forms of luxury. The journey itself is what I enjoy, and I hope you do as well.